MCI and Bluebird Coaches have been installed with ECOsmarte well equipment since 1999, using the electronic water purification to ensure safe drinking and shower water.

Today nearly 50 luxury yachts and recreational vehicles treat whatever source water is available and control bacteria and mold in their holding tanks using technology first developed for the Apollo Space Program’s 3 week mission to the moon.

A customized well water system allows diesel pushers to cross America and load with premium quality water and a residual bacteria control from the ionization put into the water. Identical benefits exist with systems installed in over forty SkipperLiner freshwater luxury yachts that pull shower and drinking water from the Mississippi river, Lake Havasu and Lake Shasta. Whether RV or yacht, the natural oxygen and ionization keeps the water crisp and fresh for weeks.

“Wherever the water source is, the ECOsmarte system not only purifies the source water but prevents bacteria and mold growth in the holding tanks.”

In addition to Mississippi river water, regular source water is pulled from both Lake Havasu and Lake Shasta as part of the SkipperLiner yachts factory installed water treatment system. Wisconsin based SkipperLiner has been installing ECOsmarte well water systems as an option since 1999 and their AZ and NV sales offices have retrofitted numerous customers as well. Houseboats do well with ECOsmarte and a growing lifestyle choice.

The ECOsmarte tanks for diesel pushers are easily configured based on digital photographs and can be as short as 30” in height and 24” wide. Generally the base plumbing and holding tank configurations remain the same and fill up still occurs with a garden hose style fitting. A network of nearly 1,000 mechanics in all 50 states can be retained to change out filter tanks, usually every 2 to 3 years.

Oxygenation allows the heavy metals to be filtered whether “filling up” at a mountain campground or with chemical-laden city water and the ionization controls the growth of mold and bacteria in the holding tanks as you drive through the desert. 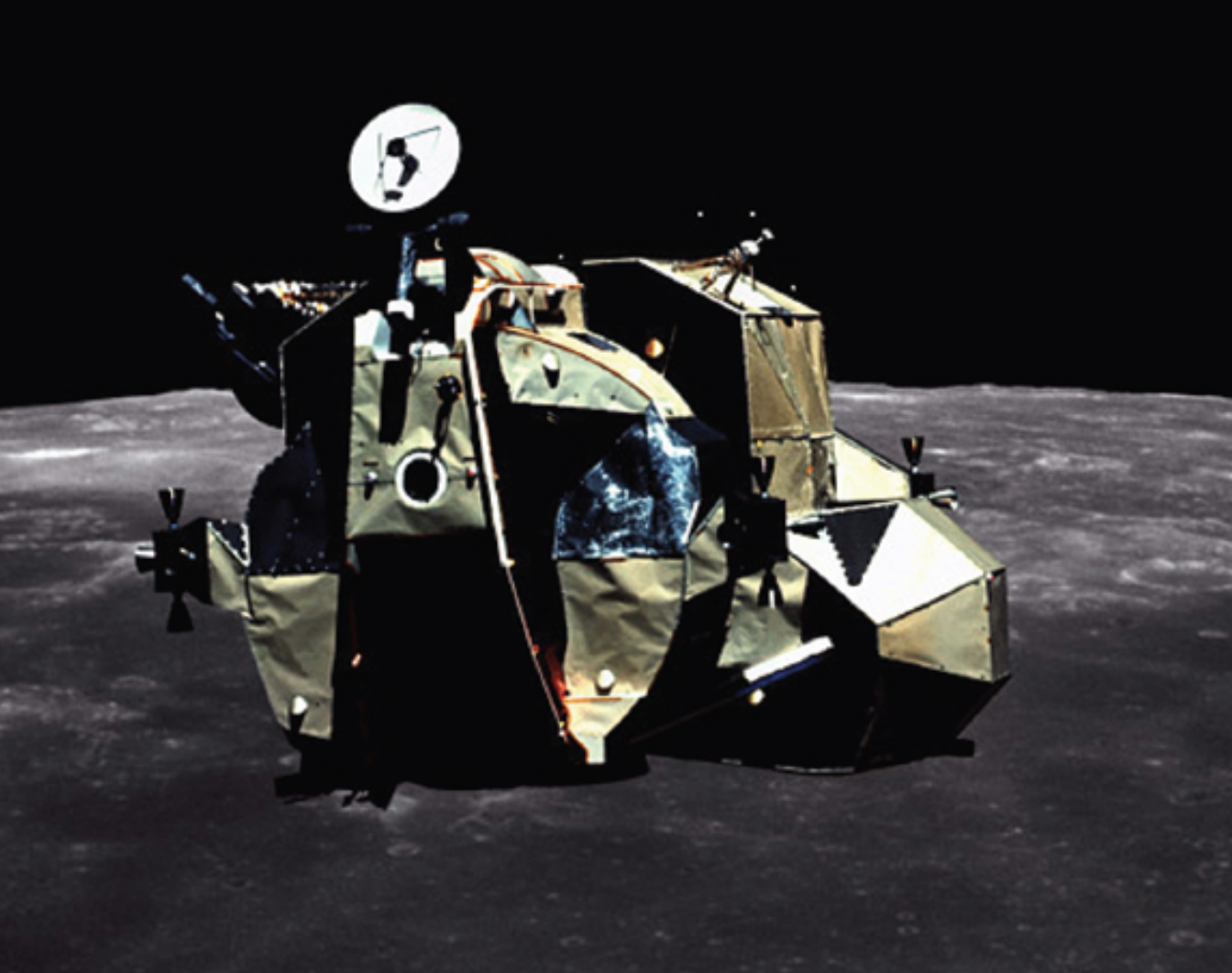 Water is both ionized and oxygenated for residual bacteria control with technology first used in Apollo. 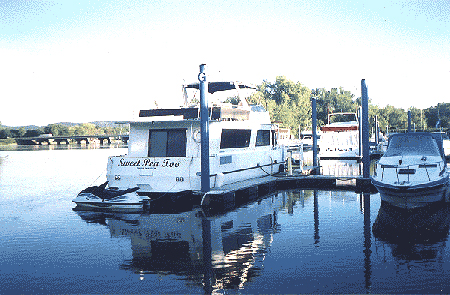 River water from the Mississippi, Lake Shasta and Lake Mead has pulled been pulled and treated with ECOsmarte, fine filtered with residual bacteria control. 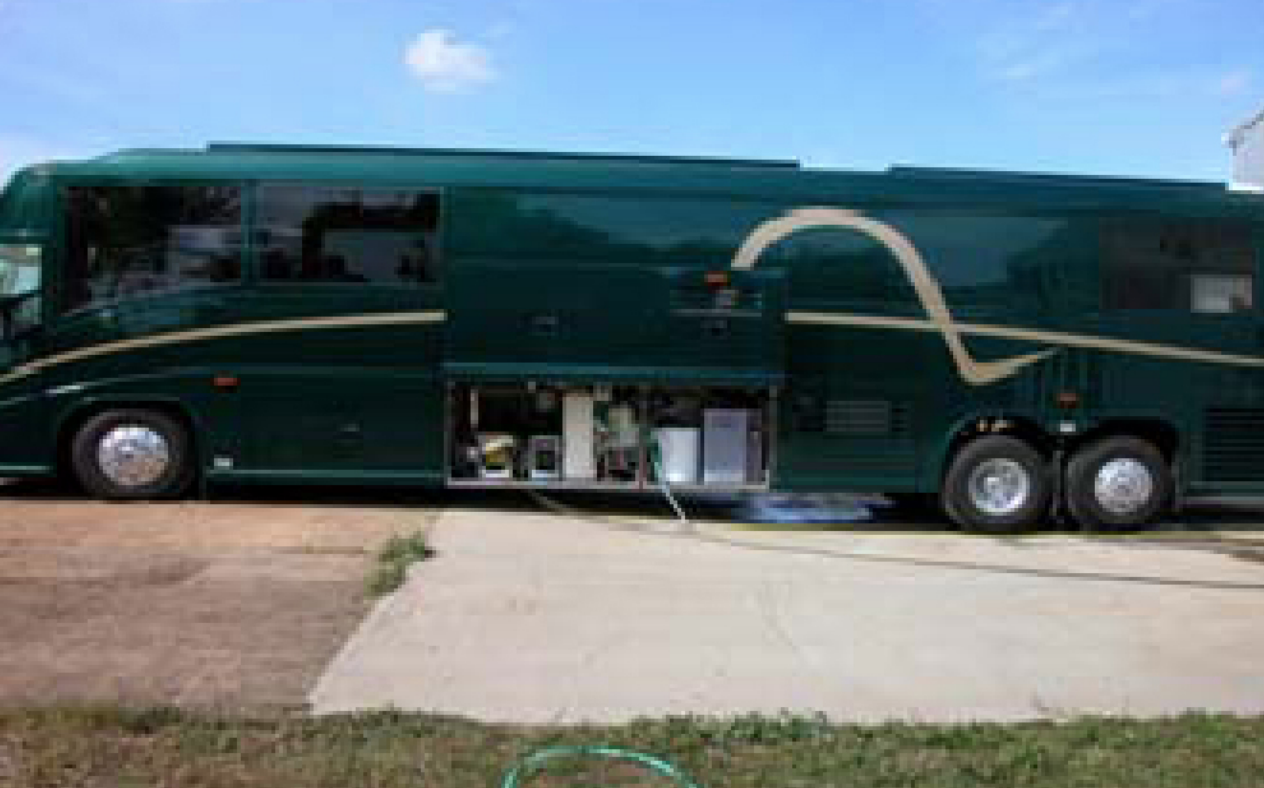 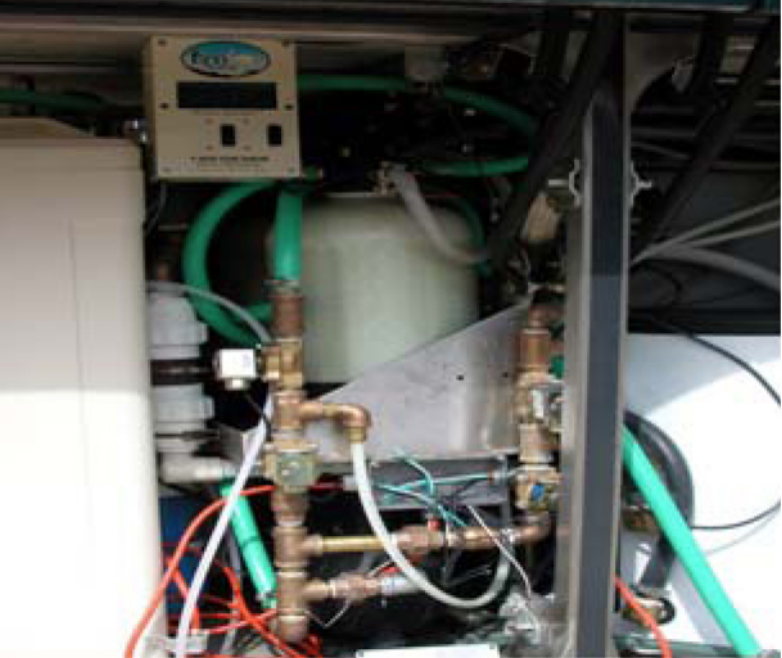 The 30" Tall ECOsmarte system fits MCI, Bombardier, Winnebago and others. 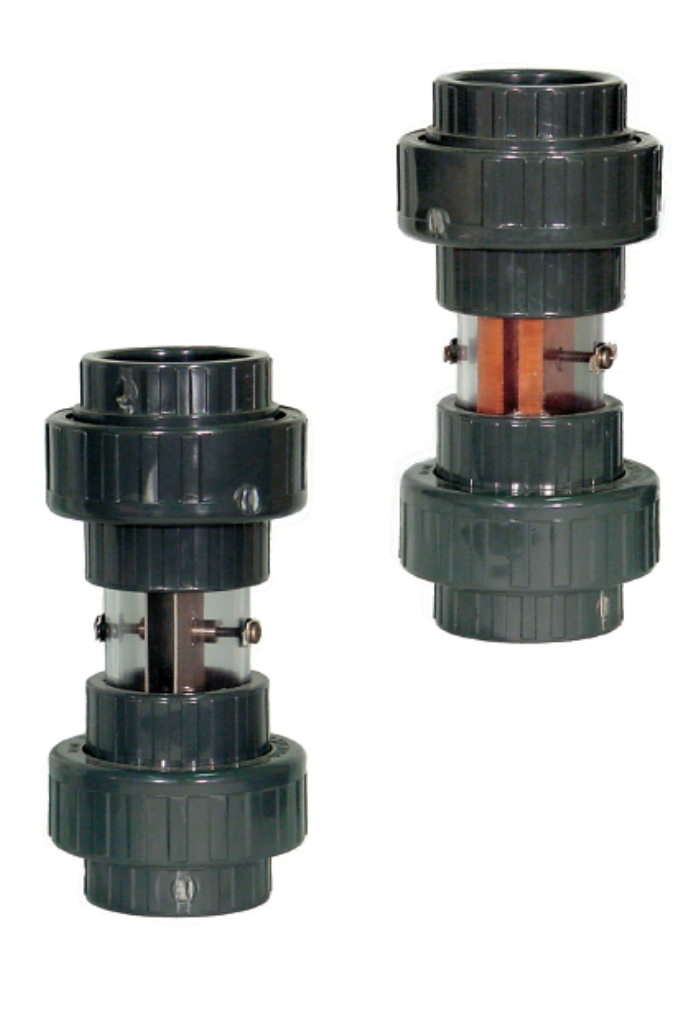