Zero Chloramine with high bather loads. Outperforms ozone or UV at 1/3 of the cost.

Our system is installed in over 130 countries, and all 50 U.S. states. 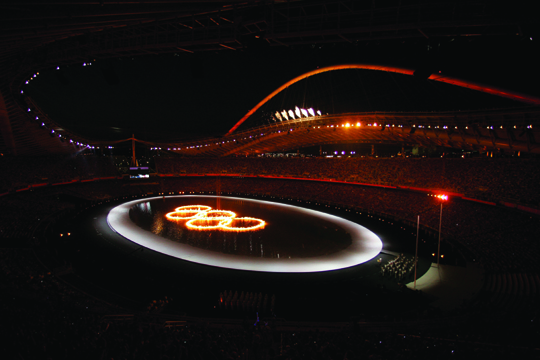 ECOsmarte System being used during the 2004 Athens, Greece Olympics opening ceremony with this 2 million gallon pool.

Starfish Aqua out of Malaga Spain has two eight year testimonial commercial pools with ECOsmarte. Owner Joaquin Cortes reports that after a complete tune-up in the fall of 2011 the ECOsmarte pools are running clear (CSD Higher Sports Council out of Madrid). Elite Water Polo Competitions are held at this venue.

Villa de Mercedes operates their Dawao Citi development and 25 meter infinity edge pool with three Digital Programmable Pool Systems and Six ECOsmarte copper/oxygen chambers (cells). No chlorine is used for the last four years. Onsite perennials have had one or two conversations with the factory since 2014.

Our water has never looked so clear or gotten so many compliments from our 300 to 400 daily swimmers. We are running 1.0 FREE chlorine, 4ppm copper and the Glasspack®. ZERO Chloramine.

The Highland Park Community Pool is running six Ecosmarte® Programmables with Carbon Dioxide pH control along with the recently certified NSF 50 Glasspack® filter media on its sand filters. Pool operators report the highest clarity level in 14 years. The pool is 335,000 gallons and swims 300 to 400 people per day.

International award-winning pool cuts operating costs by 50 to 80% in Endwell, New York. 350-450 swimmers per day and ZERO ammonia or chloramine.

I checked the pool today and it is running beautifully and as clear as a bell, everything running very steady. One of the people in charge of the pool monitoring told me he is extremely impressed at how little chlorine is needed to keep the levels between 0.5 ppm to 1.0 ppm with an average chlorine reading of 0.5017857 ppm over a two week period. No combination chlorine.

They have cut their chlorine consumption by a huge amount: I will be able to get an exact figure over a longer period than 2 weeks but just in comparison: they used to use one drum of mixed chlorine every few days now their present drum ¾ full after three weeks of use so it will be interesting to see how long this drum will last at this rate. 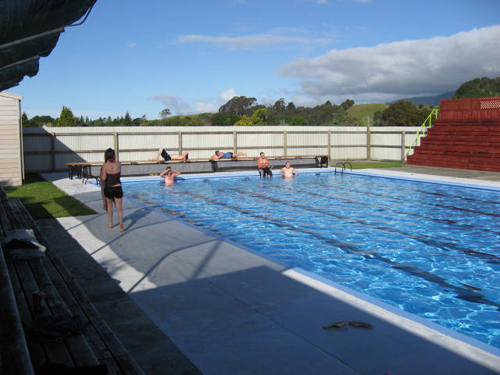 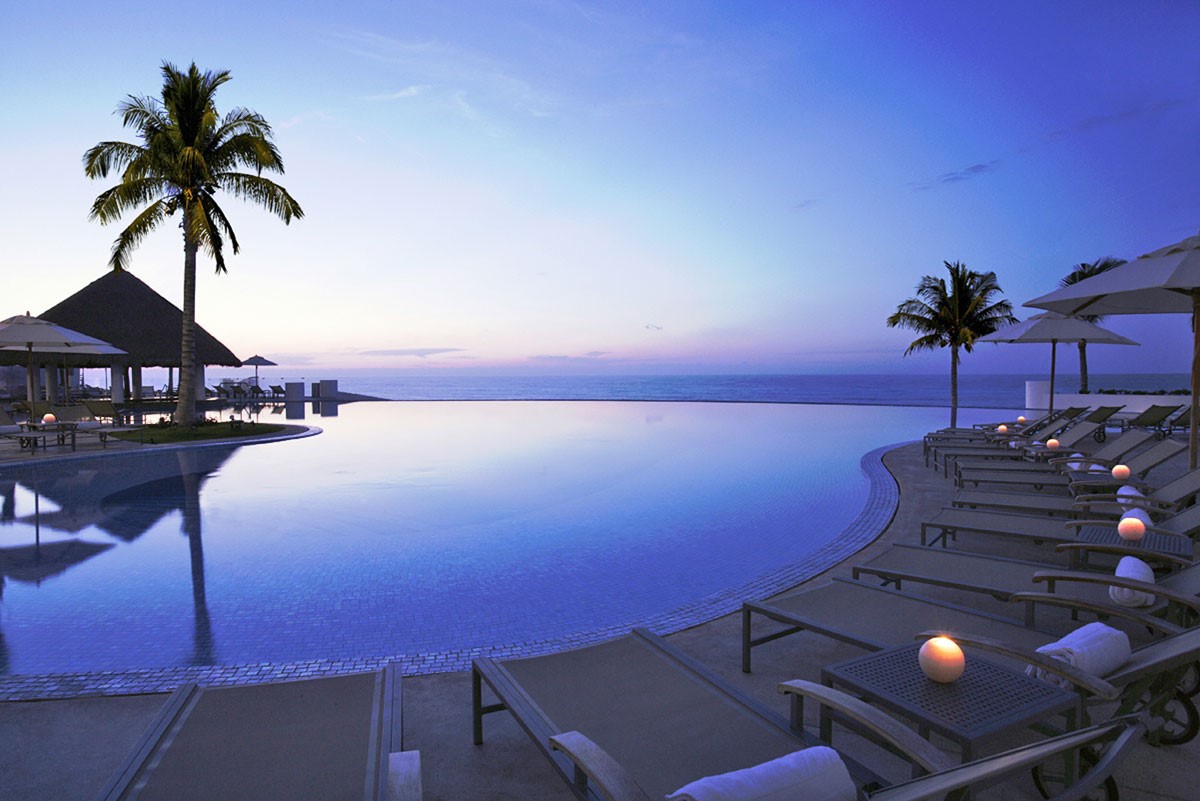 Watch the video on our ECOsmarte® Cloud YouTube Channel. 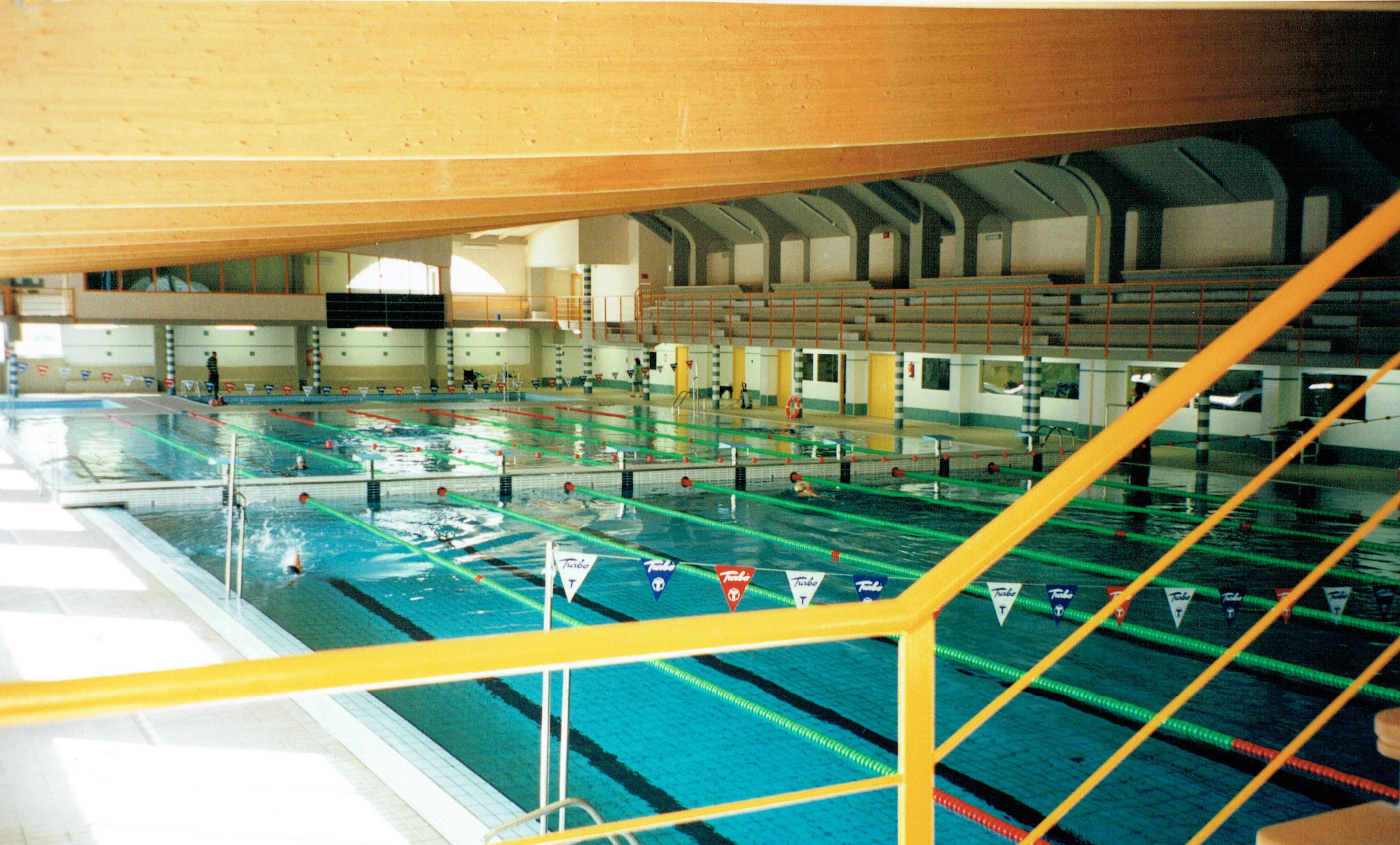 OUR POOL SYSTEM IS ALL AROUND THE WORLD 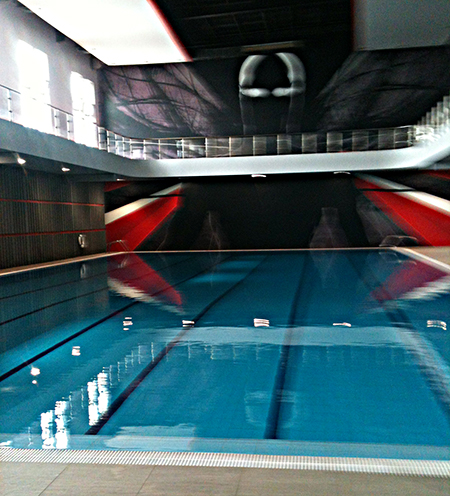 This pool is installed in Saudi Arabia in the Rihyad Saudi Arabia Fitness Club.It holds 250,000 gallons and has an average visitor count of 500 swims per day.

Aquavie-Spa on The Rooftop of The Westgate Hotel in San Diego CA. ECOsmarte and Glasspack Filtration. 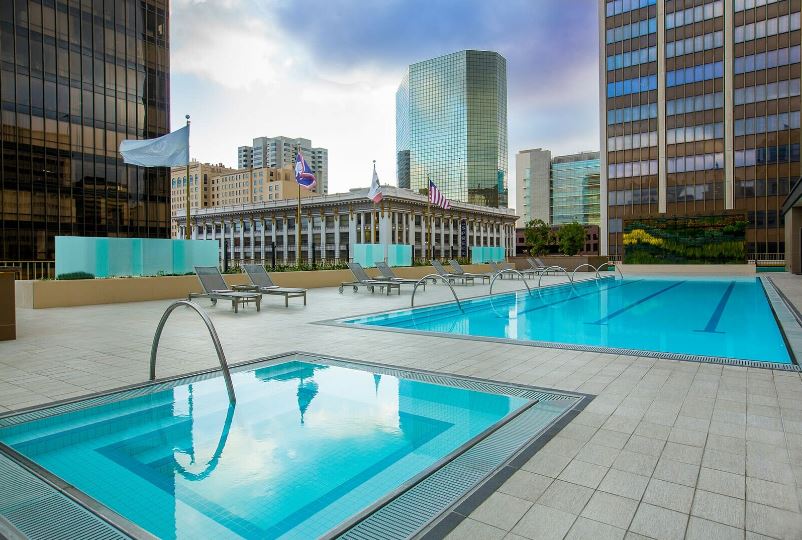 Glasspack® Filter Media is recommended on all commercial pools:

- Filters Skin Cells and Bacteria
- Saves 75 Per Cent of Backwash Water
- Saves Heat Energy
- Eliminates Flocculent
- 2 microns achieved in the existing swimming pool sand filters
- Triple the media life if you use Glasspack®
- Reduces and in most cases eliminates chloramine if Canadian, EU or Australian bather loads are followed.

The only alternative sanitizing device registered with the
U.S. EPA, Health Canada, and the Australian APVMA. 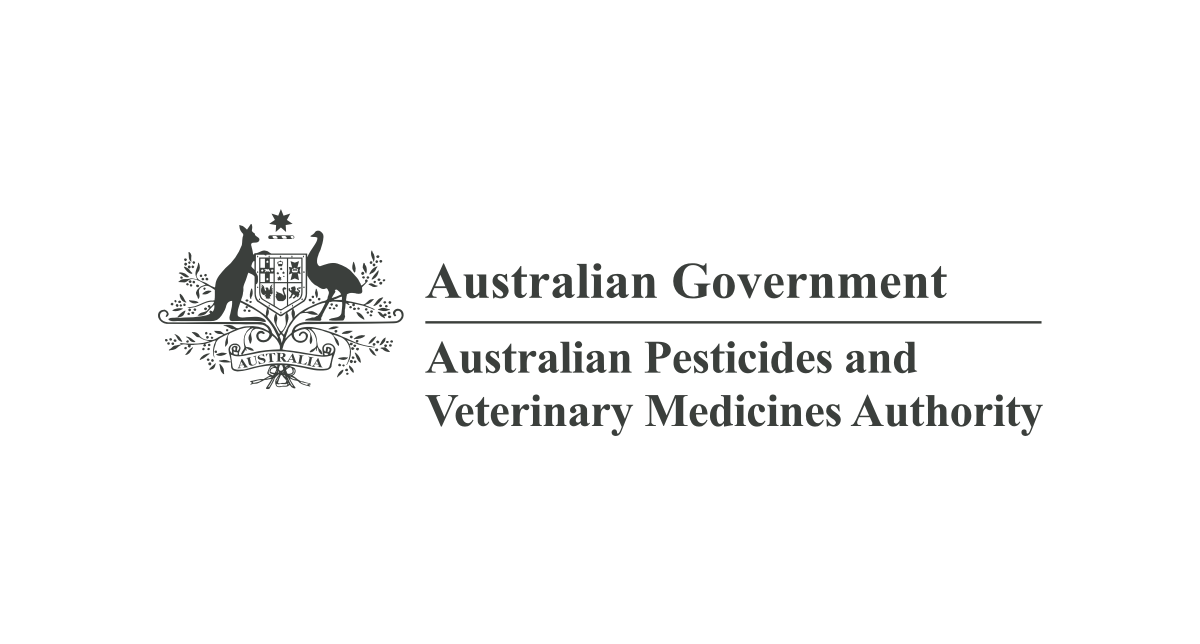 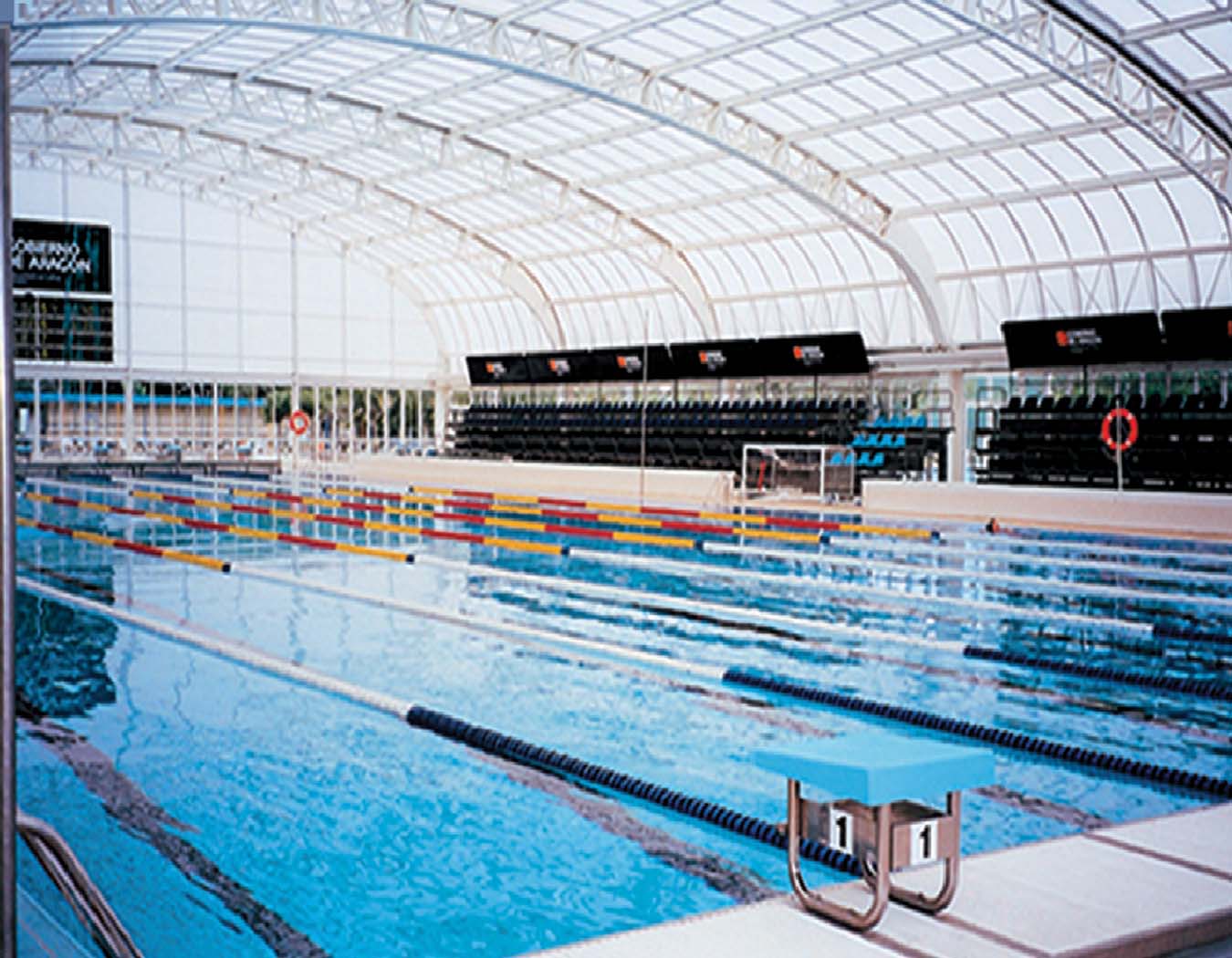 "We would like to express you our great satisfaction for results we had got after installation of the ECOsmarte System in our Olympic pool on November 2000. That had influence in a drastic reduction of chemicals (We consumed more than 66 gal. Sodium Hipoclorite a day and only 6 gal. now) and additionally an exceptional water quality, what merit us, con graduations from Waterpool National Team (World Champion Team, nowadays) that opened this sportive installation and different teams participating in past King Cup Championship celebrated in our pool, because they considered the system free swimmers from productivity of each player. All of them considered that our pool is a model of treatment water and its conditions are excellent, breathing very well, and no irrational has to be suffered."

"With ECOsmarte we can state now, we have got higher physic-chemical, bacteriological and organoleptical water quality."

Multiple retirement homes and condo associations are proud to feature ECOsmarte® technology in a Warm Water Therapy Pool. ECOsmarte® systems uses no chemicals or salt. The ECOsmarte® fresh water pool offers you every benefit found with a salt water pool with none of the negatives. What began as a product for chemically sensitive, cancer aware or environmentally conscious consumers in 1994, has evolved to a proven product with installations in all 50 U.S. States and over 130 Countries. Salt water chlorine generators have created a demand by consumers to stop handling chemicals and ECOsmarte® delivers an affordable device that actually takes the swimmer out of the high amperage, acid and salt. 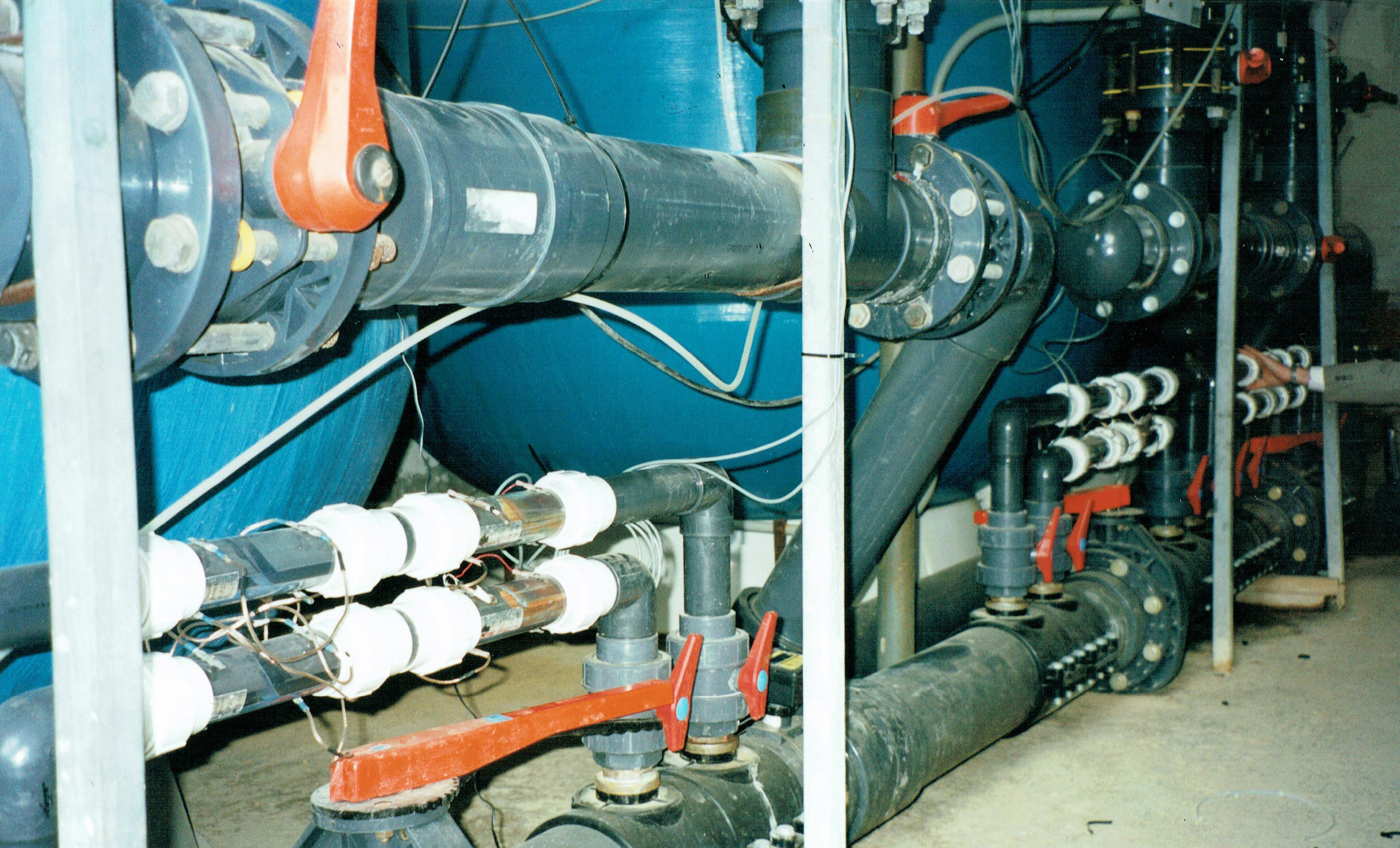 Year 2000 on this Olympic Pool in Zaragoza, Spain

‍As it is now almost four months since you installed the ECOsmarte system at Topsham Pool, and we are nearly at the end of our season, I thought now is a good time to update you on our progress so far. We are delighted with the result. The water is really crystal clear and a joy to swim in and is just like swimming in bottled water - no more complaints of stinging eyes or costumes losing their color. In fact we have not had a single complaint about the pool water this year.As you know, we are a privately owned 25 x 10 meter pool open to the general public. Since you installed ECOsmarte we have had approximately 35,000 swimmers to the pool and it is amazing the number of people that have commented on the quality of the water. The most asked question is "How do you manage to keep your pool water so good?" One couple told me that they had traveled all over the world and had never had a swim in pool water so good.At our busiest time, on a good sunny day when the pool is crowded all day, the water quality stays the same. We don't have the cloudy effect after a heavy bathing load that we used to get when dosing with chlorine.I would just add that all the committee are more than pleased with the results of ECOsmarte it was money very well spent. I would have no hesitation in recommending ECOsmarte in any future installations.

Q: Why do chloramine molecules form in chlorine pools but not in commercial ECOsmarte pools?
A: There are 3 key reasons why ECOsmarte prevents chloramine formation. The most important reason the constant oxidation your pool receives while sanitized by ECOsmarte. ECOsmarte's active oxidation raises the dissolved oxygen levels and eliminates ammonia and chloramine. The second reason why chloramine does not form in commercial ECOsmarte pools is the significantly smaller quantity of liquid chlorine needed as the copper is also taking part of the sanitizing work. The third and last reason why chloramine does not form is because in neutral pH environments. NH4+ forms instead of NH3, and cannot react further, preventing the formation of chloramine. Formation of Chloramine OCI- + NH3 NH2CI + OH-

Q: Won't the copper when used with chlorine stain the pool?
A: No more than chlorine alone. We will eliminate the brown staining that is common with chlorinated pools. Many ECOsmarte indoor commercial pools will no longer require sand blasting the walls to eliminate chlorine compounds. The bleaching will also disappear as shocking and flocking water are eliminated.