Soon after Stan Mickle created the Canyon West Golf Course in Weatherford, Texas, he discovered he had definite water problems. “We’re on the Trinity Aquifer,” he said, “and that’s very hard water. The first three years of taking water from the lakes, we built up a hard layer that was tough to penetrate without agricultural products, and we were burning out our course.” He was a big user of sulfur burning, to help penetration.

No matter how much they watered, the course looked brown, which was not good for golfers and unappealing to those developing the area around the course. Mickle knew about a Minnesota-based company called ECOsmarte Planet Friendly that featured ionization and oxygenation of water, especially for swimming pools. He called them up and asked, “Do you have a way to make water wetter?” He admits that he was thinking about the way water feels when you take a shower with really soft water. It feels slick, because the soap is harder than the water.

“After four weeks the brown grass formed a green spider web on every fairway and ultimately turned green within eight weeks.” Stan Mickle.

Mickle believed that really wet water would penetrate and nourish his course.

Larry Couture, CEO of ECOsmarte, decided to see what he could do to help Mickle solve his problems, even though they had not worked with golf courses like this before.

“He had a unique situation in soil and water quality,”Couture said. “No matter how much he watered in the first four years, it stayed pretty much brown.”

“All water has a surface tension,” Couture said. “It is measured technically in a term called dynes. Water that comes out of your tap will typically have a surface tension of 71, 72, or 73 dynes. When a chemical wetting agent is added to the water, it can be lowered typically as low as 50 dynes. Whether that be injecting liquid sulfuric acid—which is highly toxic and environmentally irresponsible in my mind—or burning sulfur in the water hole and taking your water out of that water hole, so that we can, in effect, wet the water again cheaper than liquid sulfuric injections, the objective is to lower the surface tension measurable in dynes. Typically, we will not be quite as dramatic. We’ll get the water under 60—right in line, natural, without any negative by-products to the user or to the course other than the capital investment.

Couture readily admits that his company had never dealt with golf course needs like thousand-gallon permanent flow rates before. “We had been pretty much limited to a 200 gallon per minute flow rate in our commercial products.” So, together, they took a chance.

For the first time, his course was green. Moreover, they saved money on fertilizer and other chemicals and saved about 30 percent. “The system was expensive to put in,” Mickle said, “but it paid for itself in the first 18 months.” An important principle here is that they have used zero chemicals on their golf course, a goal of many environmentalists.

Within three years, Couture’s company has added five other golf courses to their water quality service. This is one of many products they sell. The bulk of their business is in creating chemical-free swimming pools by oxygenating and ionizing the water. Thus far, they’ve not marketed their golf course services aggressively. Instead, they have been building golf course systems simply on referral.

Couture said that, this year, scientists at Clemson University and at the University of Florida have been studying his product and could have results within the next few months. “They will, I think, give the empirical, third-party data we need to eventually market the product, rather than just work on referrals.”

In the meantime, check out their Web site at www.ecosmarte.com. You’ll get further explanations of how their systems work. Mickle is pretty enthusiastic and has committed to improve his system. He was the pioneer, and by building on what he did, you may be able to improve your water quality too. 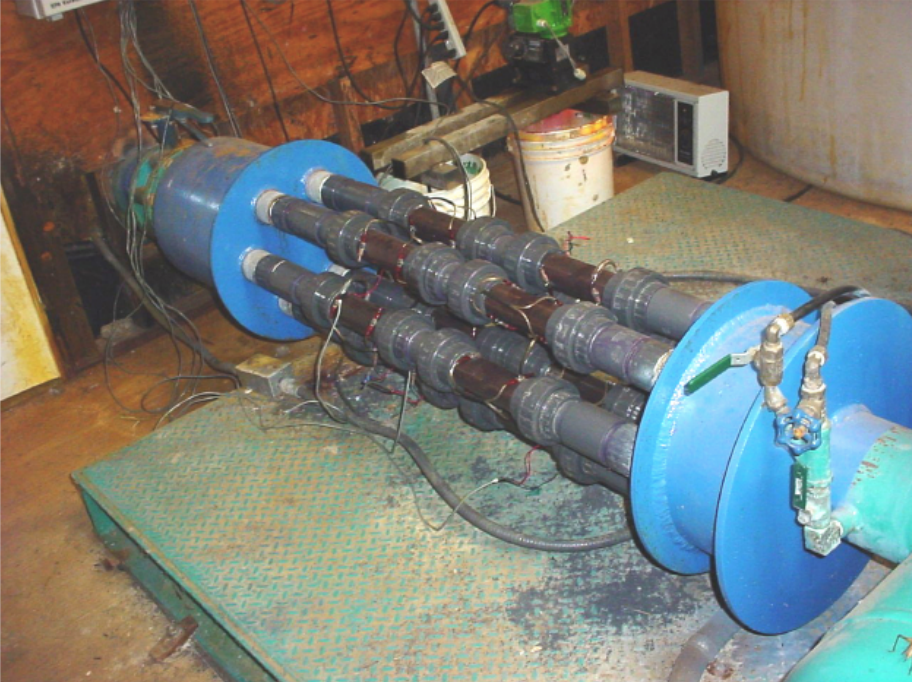